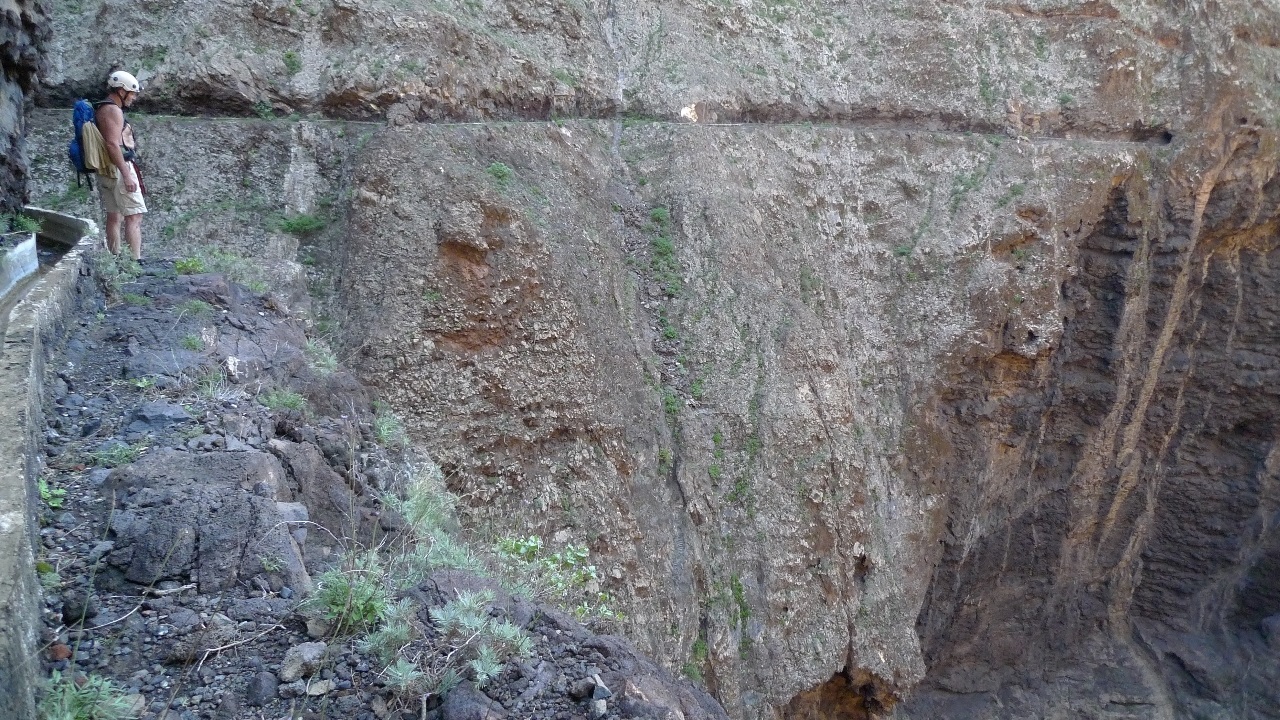 The following walks belong to our standard tour program and require participants to have some skills in climbing and off trail navigation. Parts of the walks go along waterchannels that lie in steep mountainsides with high cliffs below. A torch (preferably headlight) is required on all trips.

Follow the cliffpath, clifftunnel and water channel in Barranco Mancha de los Dias until the path descending towards the sea is reached. The path and dry river bed goes down to the sea and playa Seco (cobblestone beach). The Playa is crossed northwards to Barranco Seco. Barranco Seco is followed partly in dry riverbed, partly on path (good path in the upper parts), and leads up to  Canal de Natero . This is followed back to the clifftunnel, the cliffpath and Los Gigantes.

Camino rejal is followed to Santiago del Teide. Road and path to Cruz de Gala. Continue on until the path crosses the Mascaroad. Then steep climb to the mountain Baracan. The path continues gently down to Teno alto. Road and paths are followed to the punto Teno main road which is followed out to the punta Teno. Taxi back to Los Gigantes. This is a demanding trip, primarily because it is long and has high altitude differences.